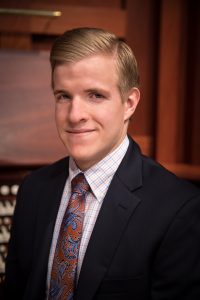 A Dayton, Ohio native, Grant Wareham began organ studies with Jerry Taylor in 2007. He earned his BMus at Rice University’s Shepherd School of Music, where he studied with Ken Cowan, graduating Cum Laude and with Distinction in Research and Creative Work. While at Rice, Grant served as Moseley Memorial Organ Scholar at St. Thomas’ Episcopal Church in Houston, and then as Associate Organist at Palmer Memorial Episcopal Church. Winner of both the First and Audience Prizes at the 2017 Albert Schweitzer Organ Competition in Hartford, CT, Grant has appeared at the 2017 OHS Convention, and as a semifinalist in the 2019 Longwood International Organ Competition. Grant is currently pursuing his Master of Music degree at the Yale University Institute of Sacred Music and School of Music, where he studies with Jon Laukvik after having studied with Thomas Murray during his final year of teaching. He serves as the Organist and Choirmaster for the Episcopal Church at Yale, and also as Organ Scholar at Christ Church New Haven, where he works alongside Yale University Organist Emerita Thomas Murray. 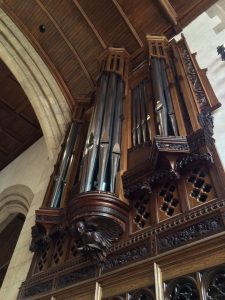