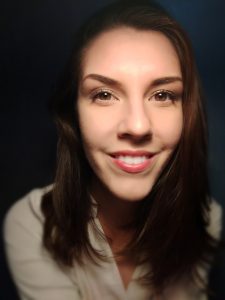 The 2020 Pipes Alive! series continues with Michelle Horsley playing the St. John’s organ on Sunday, May 3 at 12:30 p.m.

Michelle Horsley holds a Bachelor of Music in Organ Performance from Stetson University, where she studied under Dr. Boyd Jones, and later received a Master of Sacred Music from Duquesne University under the tutelage of Dr. Ann Labounsky. She currently works full-time as the Director of Music at South Church in New Britain, where she succeeded Rick Coffey and David Westfall. She also serves as the Artistic Director of the Music Series at South Church, which hosts acclaimed artists from all over the world each year. Michelle lives in Hartford’s West End and teaches private piano/organ lessons.