Join us for a fabulou 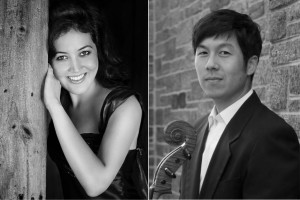 Admission is free, suggested donation $20. No tickets required. A reception follows in the church hall. Click here for a full printed program.

This event is co-sponsored by the Greater Hartford Chapter, American Guild of Organists.

Organist and composer Chelsea Chen is internationally renowned for her concerts of “rare musicality” and “lovely lyrical grandeur,” and a compositional style that is “charming” and “irresistible” (Los Angeles Times). As a composer she is broadening the classical organ repertoire with her own works based on Asian folksongs.  The recipient of the 2009 Lili Boulanger Memorial Award, Ms. Chen is a graduate of Juilliard, where she received both her Bachelor’s and Master’s degrees. She was also a full scholarship recipient at Yale University, where she earned an Artist Diploma. Her major organ teachers were Thomas Murray, John Weaver, and Paul Jacobs.  Since 2014 she has been Artist-in-Residence at Coral Ridge Presbyterian Church.  For more information about her, please visit www.chelseachen.com.

Joseph Lee is a current member of the New York City Ballet Orchestra, winning the position in May of 2012. Mr. Lee made his concerto debut at the age of eleven, playing the Dvorak Cello Concerto in San Francisco’s Davies Symphony Hall under conductor Edwin Outwater. Joseph earned both a Bachelor’s and Master’s degree in Music from The Juilliard School where he studied with Joel Krosnick and Darrett Adkins. He also earned a Master’s degree in orchestral performance from The Manhattan School of Music studying with Alan Stepansky. Mr. Lee has performed in master classes for Richard Aaron, Ralph Kirshbaum, Lynn Harrell, and Janos Starker. Playing in orchestra he has worked with prominent conductors including: Michael Tilson Thomas, Leonard Slatkin, Andre Previn, Pierre Boulez, David Zinman, Esa-Pekka Salonen, and James Levine. Mr. Lee was a member of Miami’s New World Symphony from 2010 until 2012.