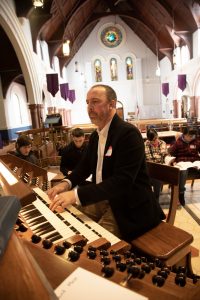 As director of music and organist at St. John’s, Scott Lamlein directs our Royal School of Church Music-affiliated Youth Choir and our semi-professional Adult Choir. He also serves as artistic director of the Music at the Red Door concert series.