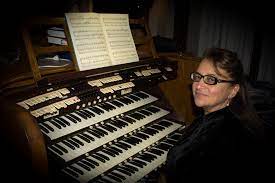 Natasha Ulyanovsky (pianist, organist and conductor) is a graduate of the Odessa Conservatory, of the former U.S.S.R., with further music studies at the Moscow Conservatory, at Speyer Cathedral, Germany and at The Queen’s College, Oxford. Before emigrating from the U.S.S.R. in 1989, Ms. Ulyanovsky was an orchestra artist and vocal coach at Odessa Opera House, concert pianist and organist with Moscow Soyuzconcert, the state concert management for professional musicians. In 1980, Mrs. Ulyanovsky became a chief organist at Pitsunda Hall of the Abkhazian Republic, where she earned a title of Honored Artist in 1988. Mrs. Ulyanovsky has also concertized in Hungary, Italy, Russia, Ukraine, Georgia, Armenia, Lithuania, and throughout New England. In 2004, she appeared in the program Two Nations-One Love at Carnegie Hall, NY. She is the co-founder of Alla Breve Opera & Consort company. Since 1999, she is has held the position of Music Director at Beth Israel Congregation of West Hartford, CT and has been on the faculty of Hartt School since 2002. She has been honored in 2011 by the Connecticut Immigrant and Refugee Coalition for outstanding contributions to the community.