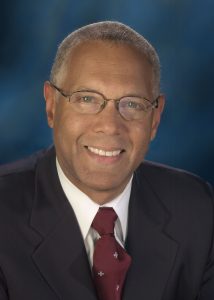 We welcome concert organist David Hurd to celebrate the 25th anniversary of the mighty St. John’s pipe organ on Saturday, September 25 at 3:00pm. Dr. Hurd is widely recognized as one of the foremost concert organists and church musicians in the country, with a long list of awards, prizes, honors and achievements to his credit. He is a noted improviser and composer. He is organist and choirmaster at the Church of St. Mary the Virgin, New York, and has composed many settings in The Hymnal 1982.

This event is co-sponsored by the Greater Hartford Chapter, American Guild of Organists, and is a featured event of the Albert Schweitzer Organ Festival-Hartford.

An outdoor reception will follow the concert, weather permitting, celebrating the 25th anniversary of our Austin Organ. Read the history of our amazing instrument here.

David Hurd is widely recognized and admired as one of the foremost concert organists, sacred music composers, and church musicians in the United States, as well as for his innovative, enthralling, and ever-evolving improvisation abilities. Now Organist and Choirmaster of the Church of St. Mary the Virgin in New York City, he remains a greatly sought-after composer of hymns, choral works, and organ works. He was named Composer of the Year in 2010 by the American Guild of Organists. A typical recital program by Dr. Hurd will feature works of Bach or Krebs, his own compositions, and a thrilling improvisation.